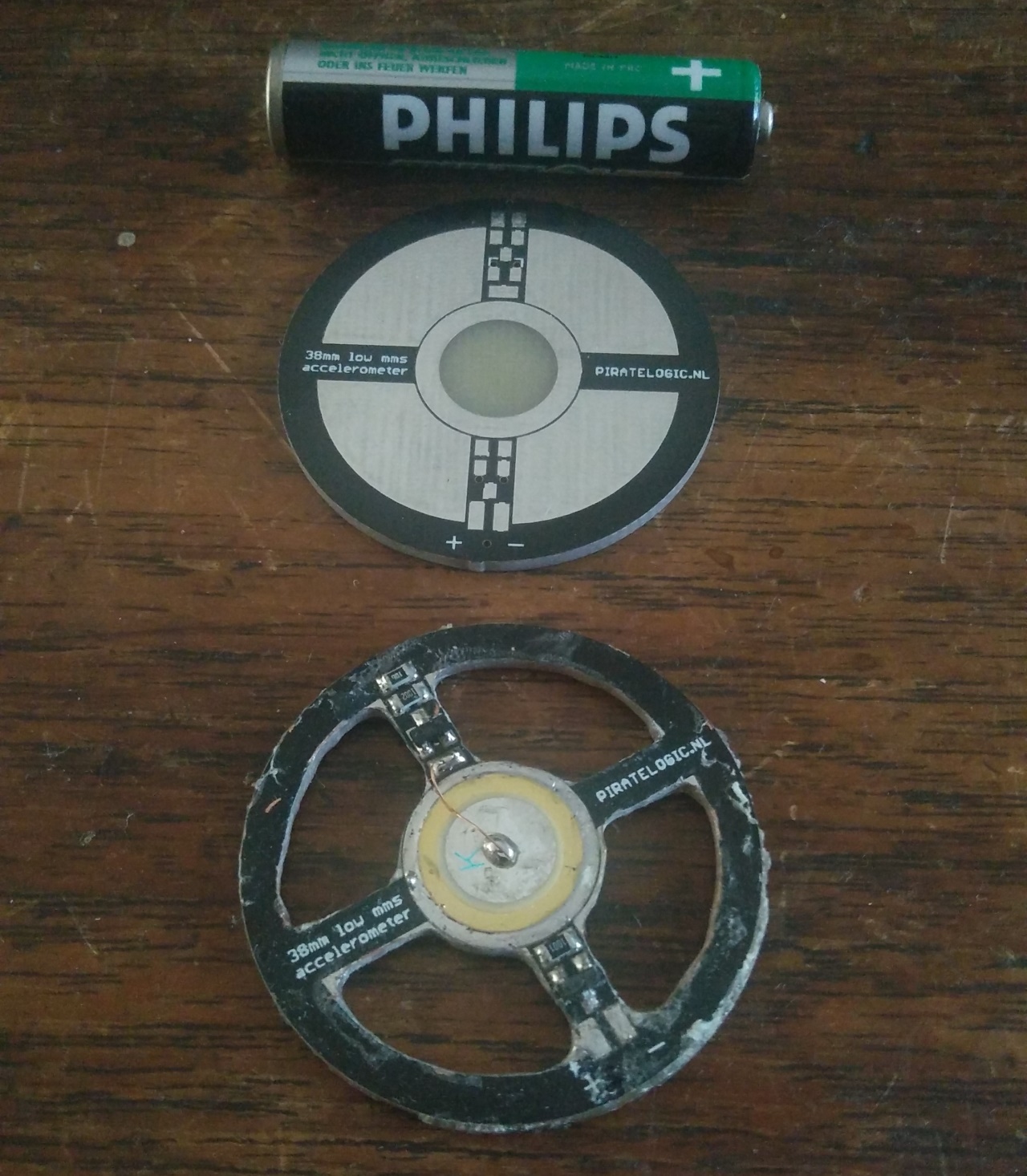 Initially a large diameter version of the Little/One sensor was used which quickly proofed unworkable due to heavy distortion of the sensor signal. Further research learned that the source of the distortion was with deformation of carrier pcb due to pumping action of the air at the back of the closed sensor. After equalizing the top and bottom air pressure with ventilation holes in the carrier pcb the sensor signal quality improved considerably. 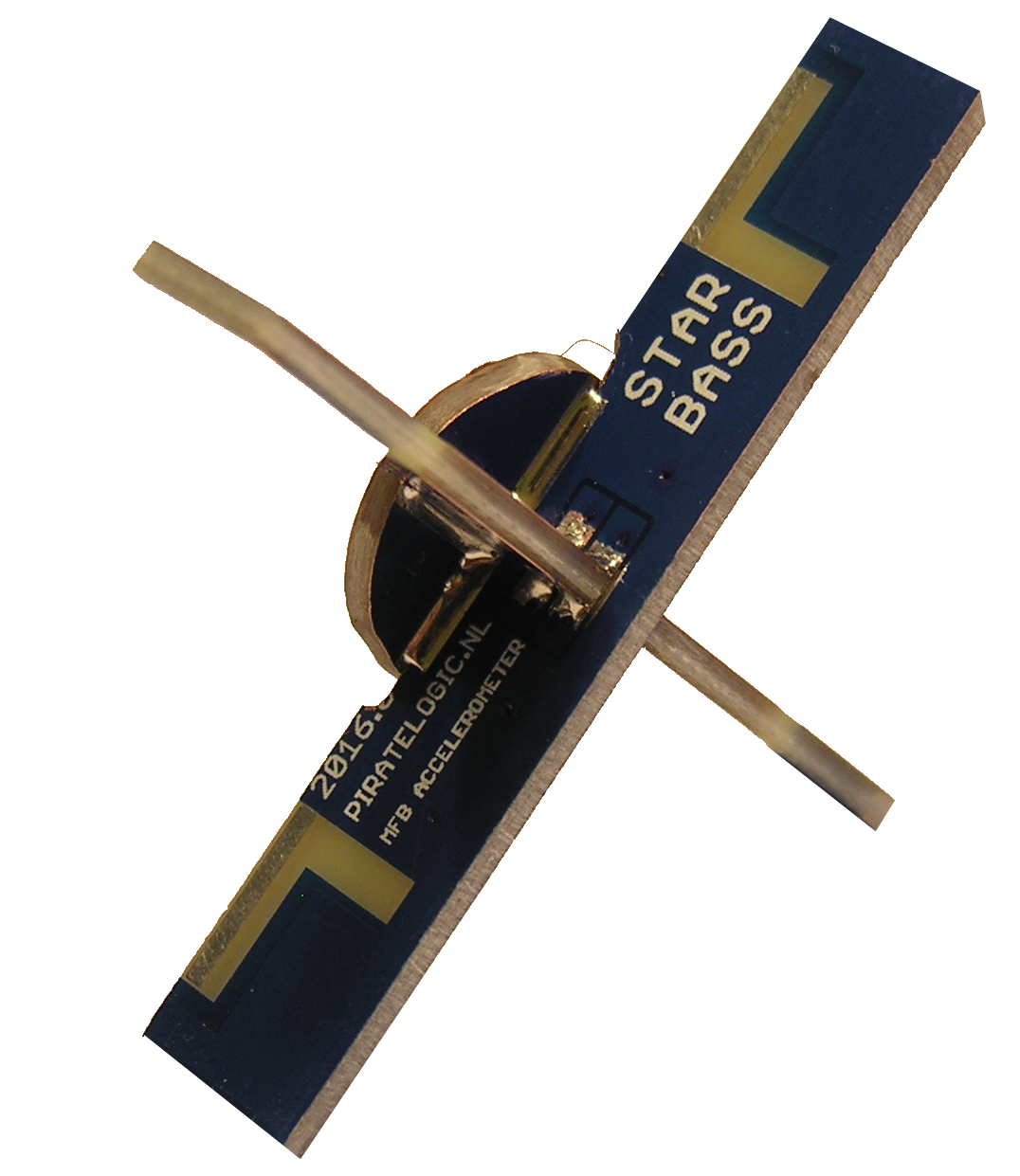 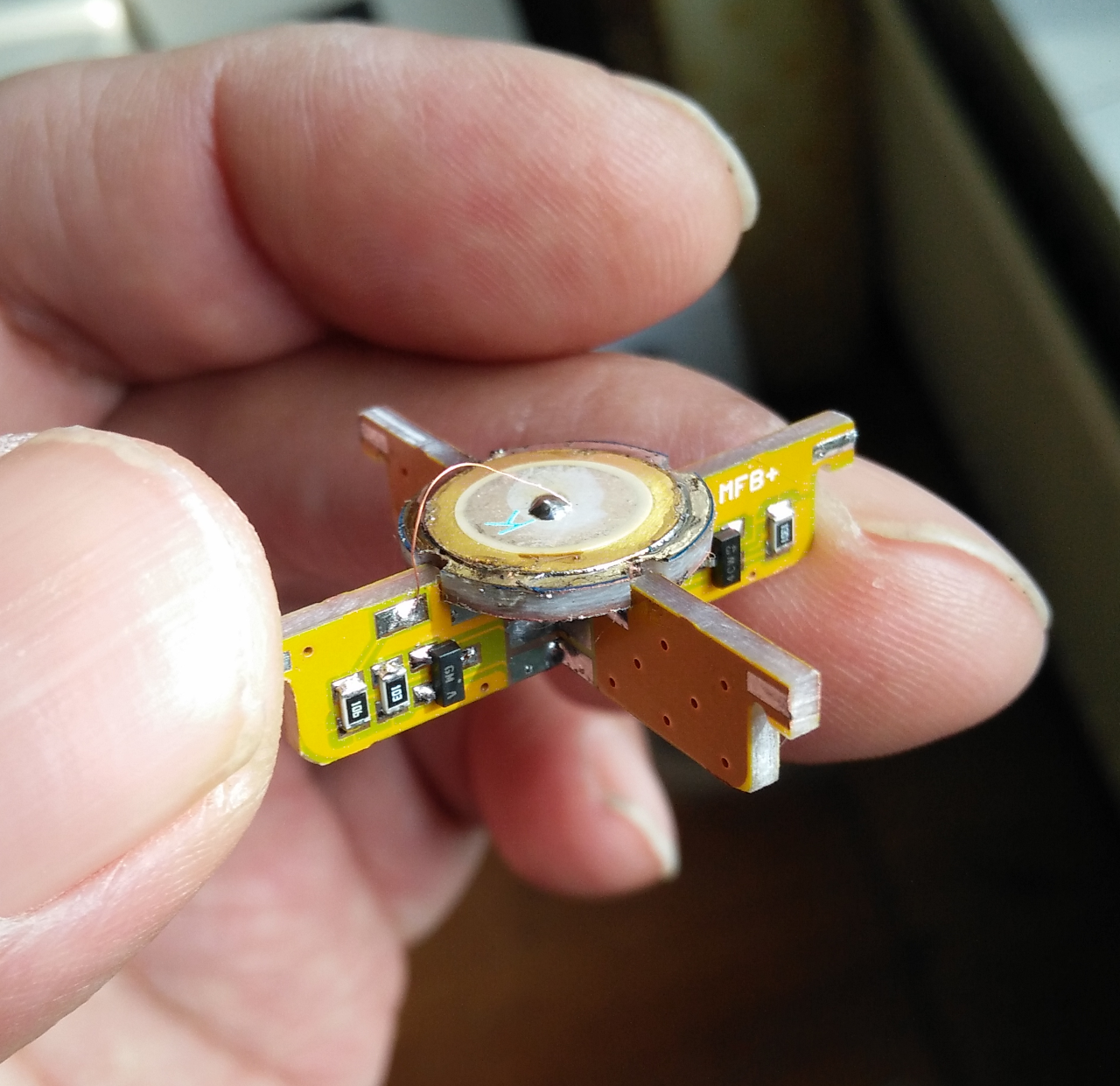 Based upon the 2nd prototype further improvements were made to the piezo carrier disc mounting, ease of construction and minimalisation of sensor weight resulting in the third prototype. 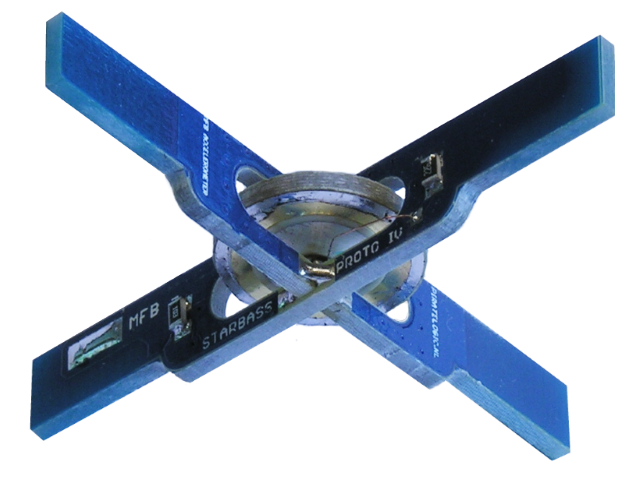 The 3rd prototype fixed the sensors lowish self-resonance frequency issue however tests revealed a distortion of the feedback signal caused by pickup of non axial forces. The solution was found in placing the piezo disc onto a toadstool inside a modified carrier construct. The resulting 4th prototype successfully suppressed these non axial forces resulting in a clean and relatively high bandwidth correction signal. 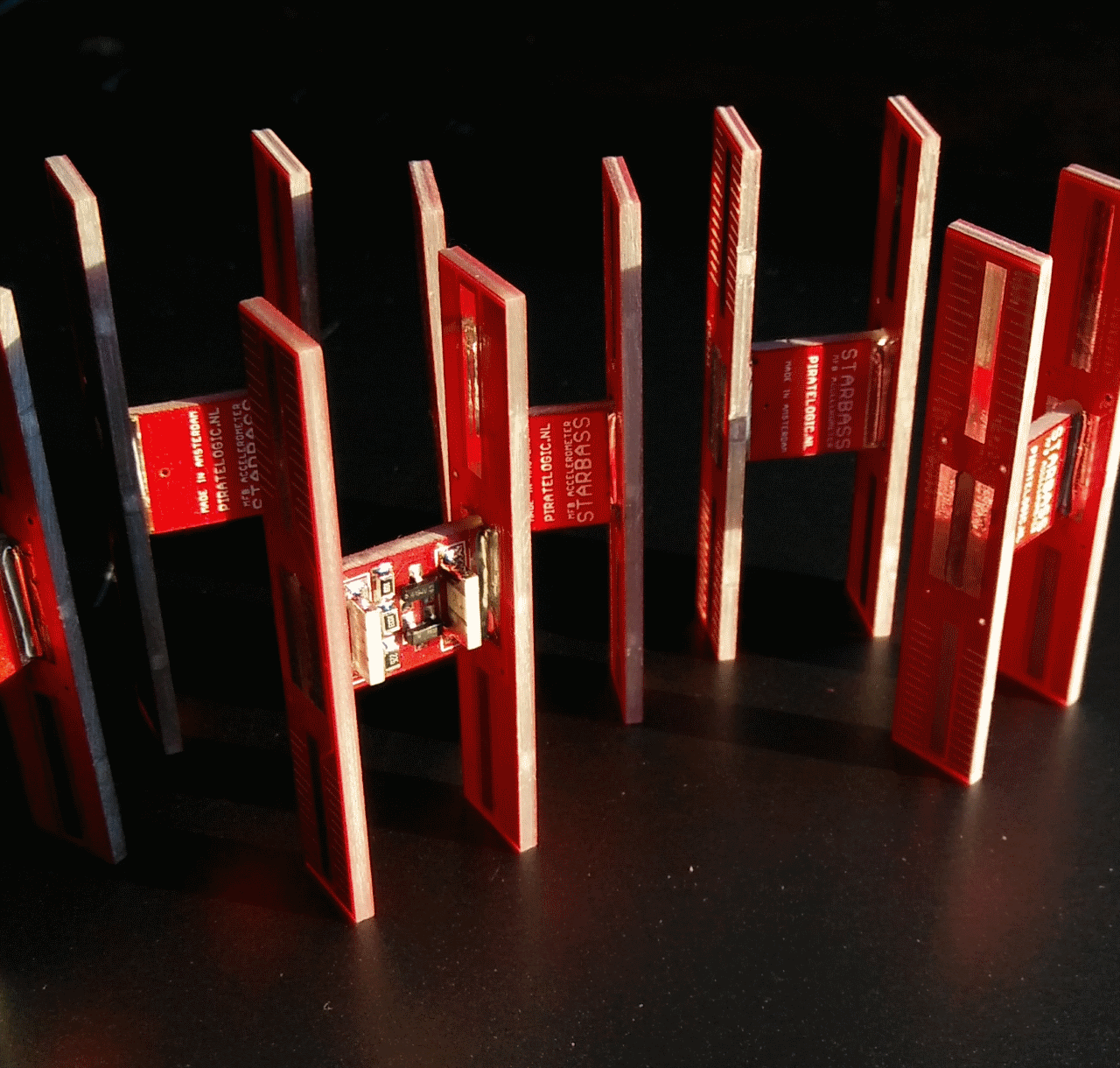 The 4th prototype was successfully mated with numerous 38mm voicecoil equipped Little/One woofers. However, usage of the design with larger - more powerful - drivers revealed sensitivity to pickup of air pressure variations. A main consequence of the toadstool construct was a decreased sensitivity caused by the absence of non axial pick-up. The required increase in sensor buffer gain revealed an issue with microphonic pickup of the piezodisc, any outside noise was picked up by the sensor effectively limiting the maximal SPL level of the driver. A solution was found with a hermetically sealed shock sensor originally used in harddrive fall protection logic. The resulting 5th prototype mated the IV signal response with the desired immunity to acoustical noise. 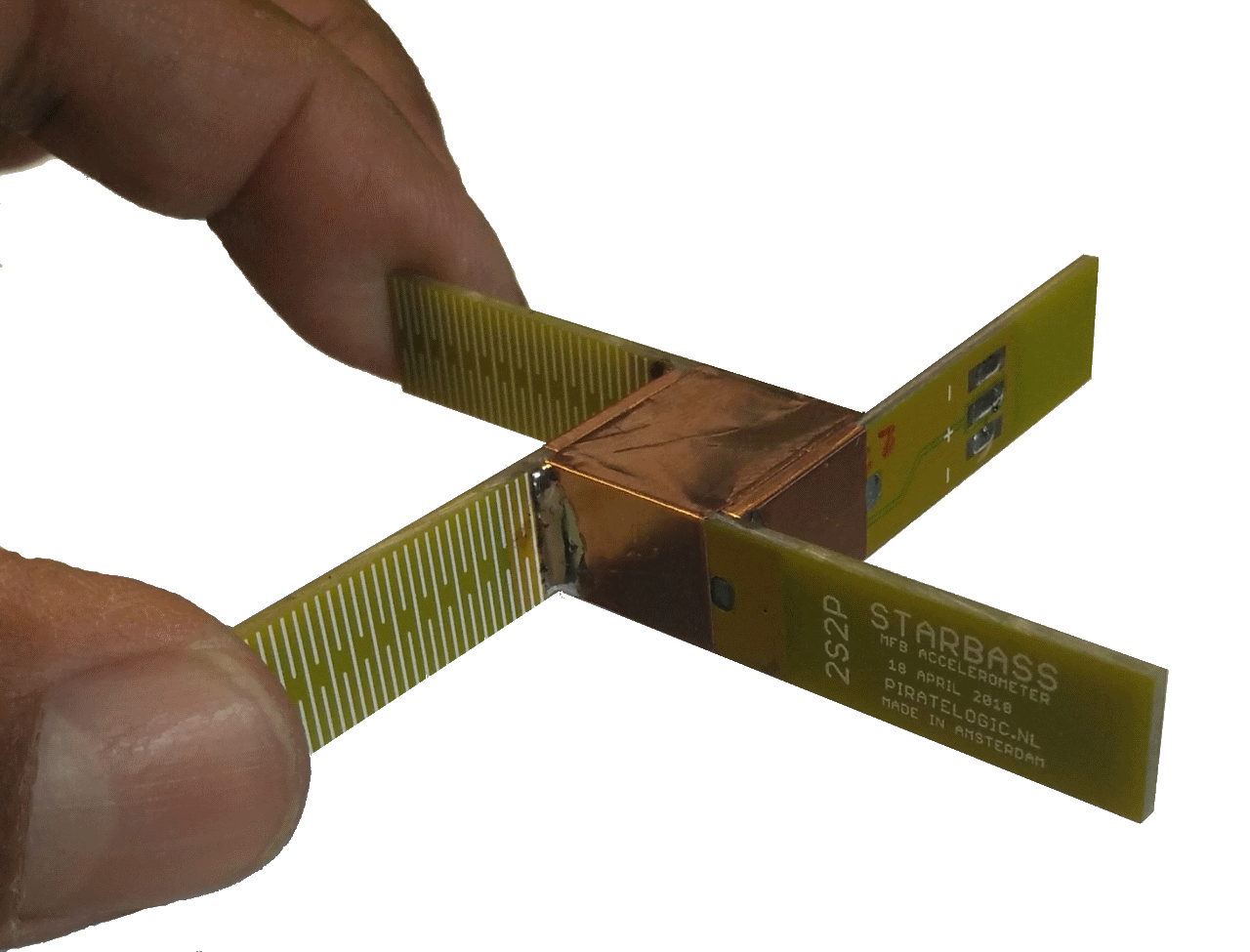 Further improvement of the StarBass V signal to noise ratio and the desire to support larger voicecoils led to the development of the VI prototype which supports voicecoils upto 3 inch in diameter. Based on the same sensor technique as its predecessor but with a 6dB higher sensitivity and usable between 30 and 3000hz. The StarBass VI is currently being tested with 12" inch longstroke home cinema and 15" PA drivers. General availability is planned for Q4 2018.